Elementary Math Test is now available on Google Play for free!  It works on both phones and tablets above Android version 2.3.3! 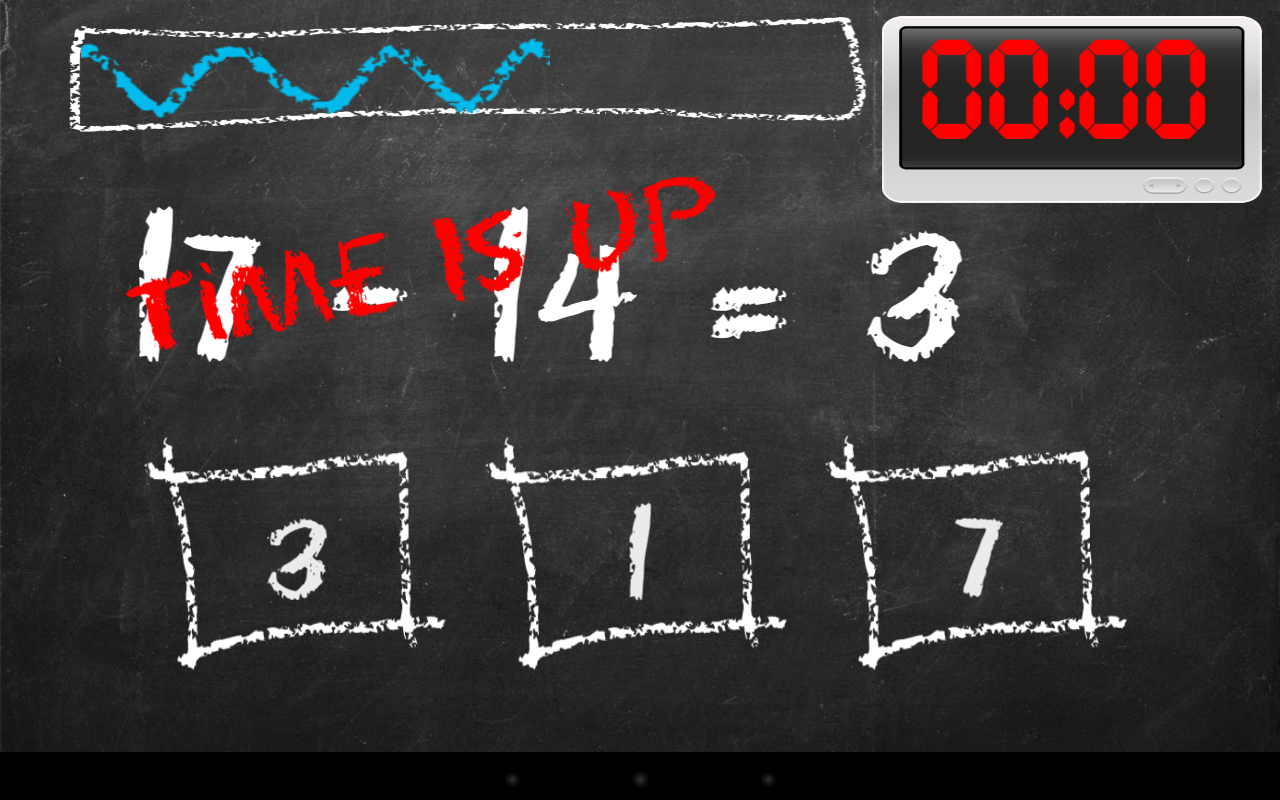 Check it out on the Google Play Store by clicking the badge below:

The WVU Game Developers Club worked with the WVU Libraries this semester to beta test their game on the evening of November 15th.  The main goal of the game was to eliminate library anxiety in freshman students.

Basicly, what they had done was make a simple game that allowed students to explore the library at their own pace following a fun story, where they would learn some of the history, as well as where to find certain things in the building.  It involved entering codes found hidden on walls also and taking selfies a few times. They had made two separate stories for both the downtown and Evansdale libraries, we physically walked through the downtown one and worked through the Evansdale one to see the questions/activities. My favorite part I think was where we had to search for an alien by the front desk but it was actually on the ceiling, which I thought was great because I’m sure so many students have gone by there just on their phones and never looked up to even notice it being there.

After we walked through them both, we were able to discuss the experience with the librarians that created it and they showed us behind the scenes how it was made and how the questions could be randomly ordered so that not everyone playing the game was always following the same path.  It was a great experience for our club and I was excited the library had done something game related, as I had never heard of it before they asked us to test it and I wish they would have had it my freshman year!

We really enjoyed working with @wvuLibraries giving feedback on your #LibCrawlr game to help with library anxiety! https://t.co/epFxGzx58d

This month, I have always wanted to make a quiz game in Unity and I was able to work through a simple online class that taught the basics of it.  It was just a simple math quiz, and I decided to post it on my itch.io just for fun, so if your interested have a go at it!  I exported it to web there.

Working through a simple app tutorial to eventually make into my own quiz app. #madewithunity #indiedev #screenshotsaturday pic.twitter.com/KyjFfLARFi

The main reason I took it was because I wanted to make a basic quiz-type of app for Android and iOS that quized individual club members about the history of games and some of the famous developers in the industry.  I figured that would be a more fun way then hearing me talk about it (even though I touched on it a bit at several meetings this semester).

Want to practice your elementary math skills and have a web browser open? Check out this link: https://t.co/4qojwVaJ2y

Leading the Unity Workshop was probably one of the best things I did this semester.  The first ideas for this came in the Spring semester when it was discussed briefly among officers and the club.  Up to that point, we had a couple of tutorials on Unreal and Blender that we worked through at meetings, but an hour really wasn’t enough time to work through the basics of the engine and get comfortable with it.  I also had several people approach me and ask about how I learned about Unity, as I have mostly self taught myself through several books and online classes.

So one of the goals that was set early on for the club this semester was having the Unity workshop – and I also felt more comfortable doing it in the fall versus that spring after gaining more experience teaching that summer at iD Tech, which I have also covered here.

In the workshop, I covered the basic Unity Interface, creating and manipulating objects, and then we moved on to making a basic platformer and designing the levels.  Overall, I think it was a success but there were several things looking back on it that I could have probably done better.  One is that it is hard to keep a huge group on the same task, as everyone moves at different speeds.  I felt bad because I knew some people were going through it very quickly.  However, others had never programmed before in their lives and struggled with it.  We also had several technical hiccups out of my control and I had said to those attending the event to have it installed on your computer BEFORE coming to the workshop (if they chose to bring their own), but some still came and wanted to install it there, so they were all behind from the start.

In closing, I am very grateful to the WVU library (Beth Toren and Rodney Adlington especially) and them working with our club to install Unity on the Macbooks and testing it out and making sure everything was working before the day of the event.  Also the event would not have gone as smoothly as it did without the help from my assistants Destiny Dunn, Connor Haynes, and Ryan Kubik, who I had taught the workshop to several weeks prior as a trial run, and in return, they helped me teach the twenty students we had at the event.  Shout out to Ryan also for the poster design for the event.

Sign up today for the video game workshop on 10/29 hosted by @wvugdc pic.twitter.com/Y9eoh0liLu

A small group of four of us from the West Virginia University Game Developers Club were lucky enough to travel down to Texas A&M University to participate in the 2016 Chillenium Game Jam that occured September 23-25, 2016.

I thought about trying to summarize everything here, but I don’t think I would be able to describe everything as well as my teammate Ryan did in his post mortem linked below.  I personally contributed to the world design of the town, forest, and beach, along with several building interiors.  I also helped with some of the achievements in the game, including the Konami Code, Slenderman, and the fox, and I designed the main menu.

At the end of the event, we awarded a plaque for the university, which was exciting as it was the first award our club has ever gotten.   I really enjoyed the experience and I’m glad we were able to travel there and represent WVU as a team.

If you want to play the game, I suggest you download it because several of the achievements are currently broken in the web version of the game!

Link in last tweet is broke, this one will take you to a version you can play in browser or download for Windows https://t.co/GUUOzr4TC4

I previously covered the tabletop cabinet in detail in this blog.  So basicly, after the semester ended, we separated the parts between the team and needed another computer for the cabinet.  Luckily, I had personally backed the Pine A64 project on Kickstarter and received it in the mail in June.  From there, I was able to purchase a case for it, along with new memory card, and required cables.

All it needed now was a monitor.  I ended up purchasing one recently for my quad-monitor computer setup, so I just used that new one with the hdmi input and it fit in the previously built base on the cabinet.  I believe it may have even been a slightly bigger screen.

After that, I installed Debian Linux on the machine and was able to have a similar setup like we did on the first with the task bars hidden at startup and with the menu always running in the background, with the games in full screen mode once they were selected.

Pictured below is the final product that we used at the student organization fair, which turned out very nice.

We are at the student org fair today 🐰🎪🎊 pic.twitter.com/JlbNX30zca