I really enjoyed my job this summer teaching Unity with iD Tech.  In this post, I want to showcase some of the games that my students made: 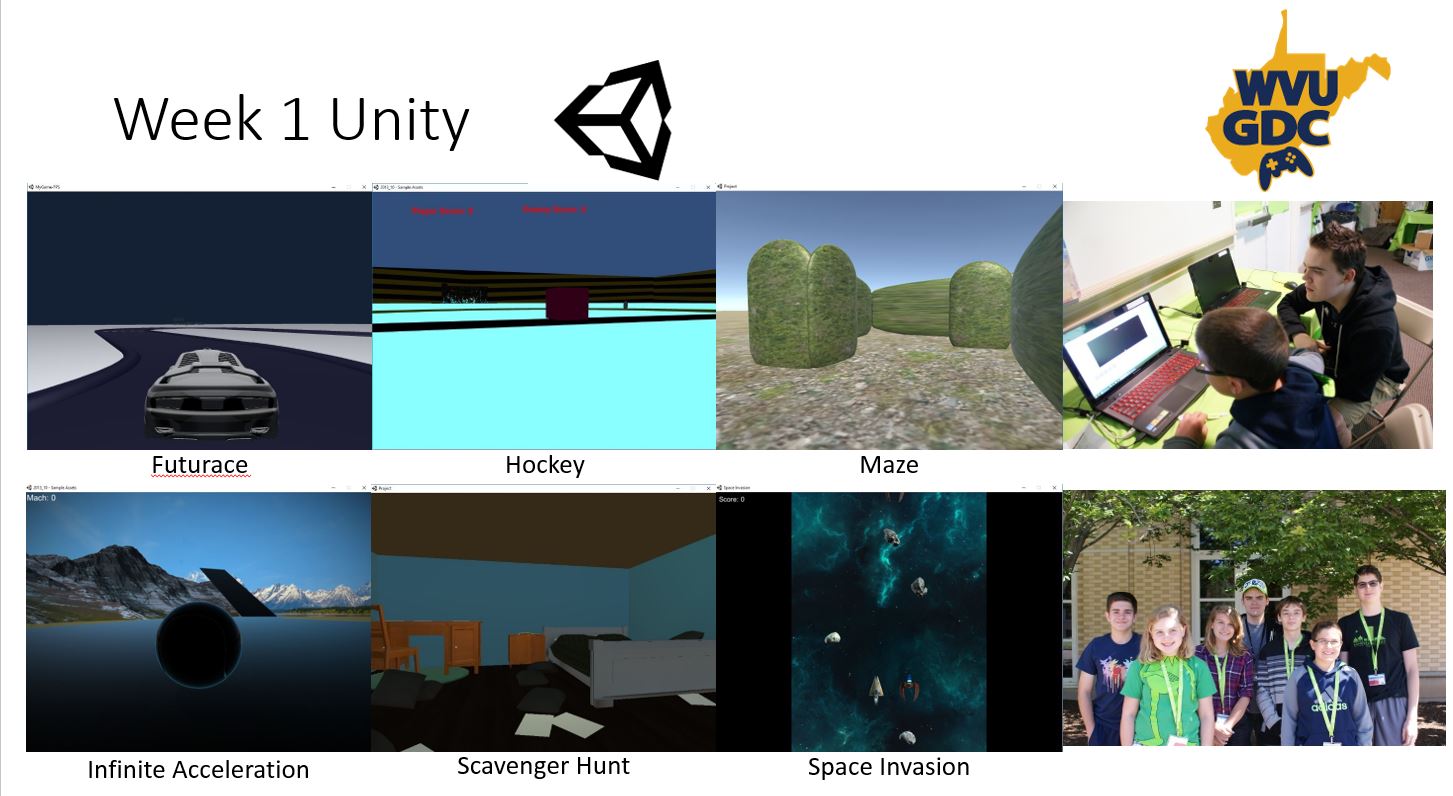 None of the students that I had my first week had previously used Unity, so I wasn’t sure how their final projects were going to shape up but I think they did a fantastic job!  Futurace was your average racing game, that timed how fast you could drive around the course.  Hockey was just what the title suggests, except the player pushed the cube into the goal instead of an actual hockey puck.  Maze involved the player being spawned outside the maze and having to enter in search of the gold cube.  Infinite Accereleration had two levels, and the goal of the game was to control a ball with no brakes around a track at high speeds.  Scavenger Hunt involved the player given a list of objects and having to fly around a bedroom and collect them.  Space Invasion was based off the sample found on Unity’s website, with an added custom enemy class and boss.

As I learned the curriculum better, I was able to explain the concepts better and I think this allowed my students to make more advanced games.  Maze was a parkour game where the player had to jump up walls and between cubes to reach the finish.  The Slideshow was a slide puzzle game, and the player could just a puzzle size between 3 by 3 up to 5 by 5.  Shoot the Red Cube involved a randomly spawning cube that the player had to shoot in a limited amout of time, which decreased until the player couldn’t shoot the target in time.  Pong is just like the original, except on a smaller playing field.  Infiltrate the Base was a 2-D adventure game that had seven levels and a final boss that was almost impossible to beat, who shoot laser beams at the player.  3D Maze was a simple maze game where the player had to search for an exit.  The Second Coming was a game where you flew your camera through a tunnel with increasing obstacles. 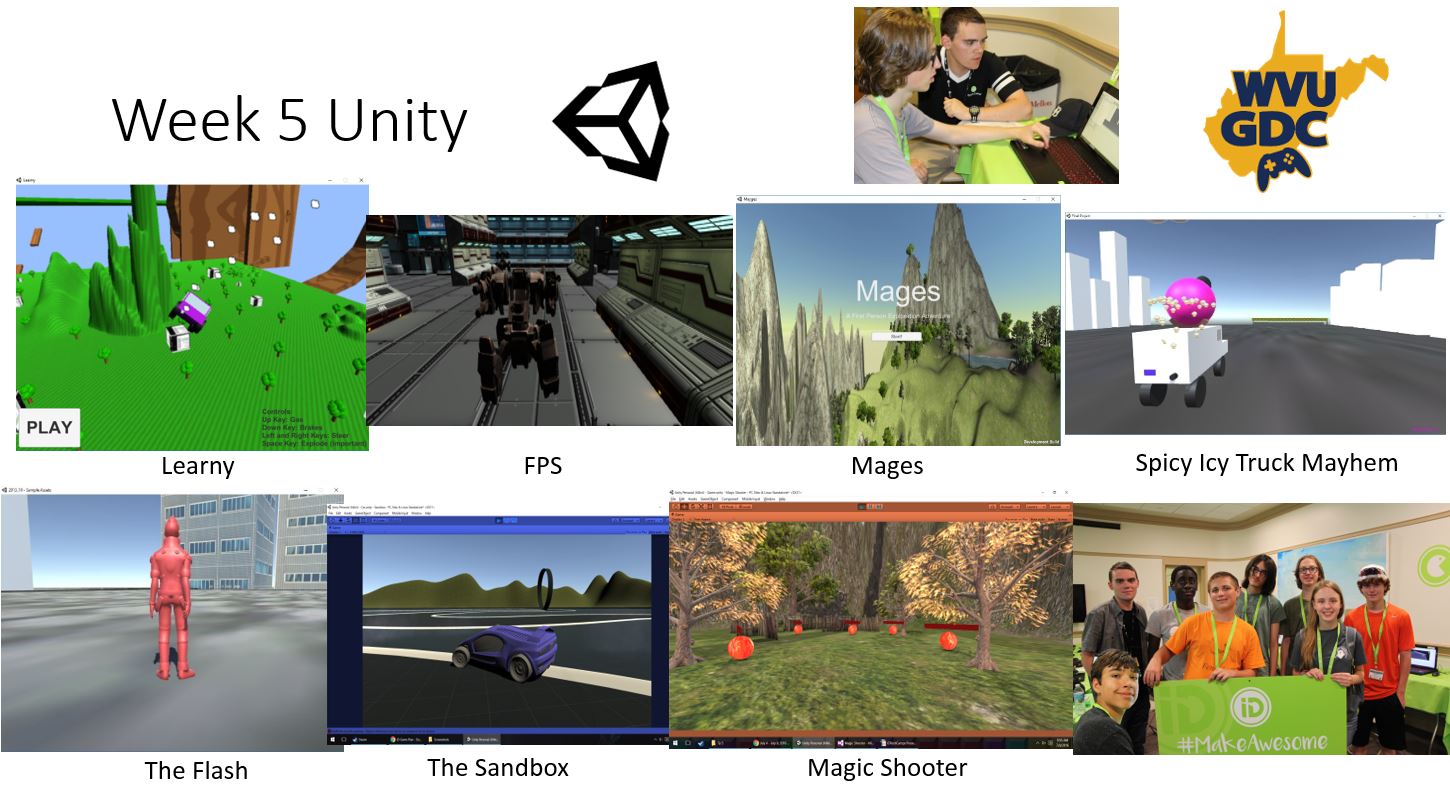 I didn’t teach Unity again until the fifth week of camp.  Learny was a game where you controlled an exploding car and had to destroy all the attacking cubes and fly between platforms to beat the final boss, who was a giant cube you had to push into a hole.  FPS was a first person shooter that had increasing waves of enemies attacking the player.  Mages was a first person adventure where the player could just walk around and explore this expansive wilderness landscape.  Spicy Icy Truck Mayhem involved driving an ice cream truck and avoiding oncoming wiener cars and raining snowmen.  The Flash obviously involved the super fast hero running through different levels.  Sandbox combined a 0lot of the Unity tutorials and was a game where the player could play an fps mode, a car racing mode, and then a plane piloting mode, in whatever order they wished.  Magic Shooter was the start of an fps game, with its defining feature being the responsive health bars above all the enemies heads.